Normal Earth checks and balances against Andromeda “don’t exist for it,” says Leavitt.

Stone walks away from the giant monitor that displays “601.”

“We’d better get a new biomath mapping of its new growth potential and spread,” says Stone. He presses buttons on a console. A diagrammatic map of the Southwestern United States appears on a monitor. Next to it, a distored map, showing where higher concentrations of Andromeda would appear.

“According to this,” says Stone, “there will be an Andromeda supercolony over the entire Southwest in-“

Stone walks up closer to the monitors. “Why, yes, so they are,” says Stone. “But – simulations, Charlie. Defensive. It’s just a scenario.”

“That’s not the point, for God’s sake!” says Leavitt. “Wildfire was built for germ warfare! Wildfire, and Scoop! And you knew, Stone. You knew it!”

“That’s not true, Ruth!” replies Stone. “I learned about Scoop the same time you did.”

“They already have Andromeda programmed!” says Dutton. “The purpose of Scoop was to find new biological weapons in outer space, and then use Wildfire to develop them!”

“You’re blowing your tops,” replies Stone. “We have no -“ 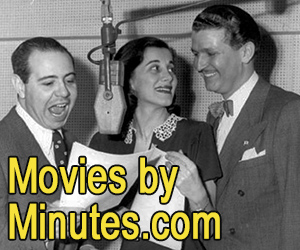